Jaws of Life is a small-canvas domestic drama about a family of lawyers adjusting to changes following their eldest daughter’s incident – and to the fact that a young ballerina is about to leap into the world.

This film was independently produced in Slovenia. Since the actors were internationally unknown, the language was Slovene, but the distribution was to happen outside the Slovenian border, the visual communication had to be eye-catching and intriguing. But at the same time, it had to follow the minimalistic style of the film.

As our main visual we choose an image that is also seen in the film and manipulated it to have an emotional effect on an abstract level or actual blood splatter. The typography, although placed behind the visual, holds a strong duality that is also very present in the film. Because the main visual had a very strong presence, all the supporting materials (EPK, DVD cover, and Event invitation) held a more minimalistic and light approach. 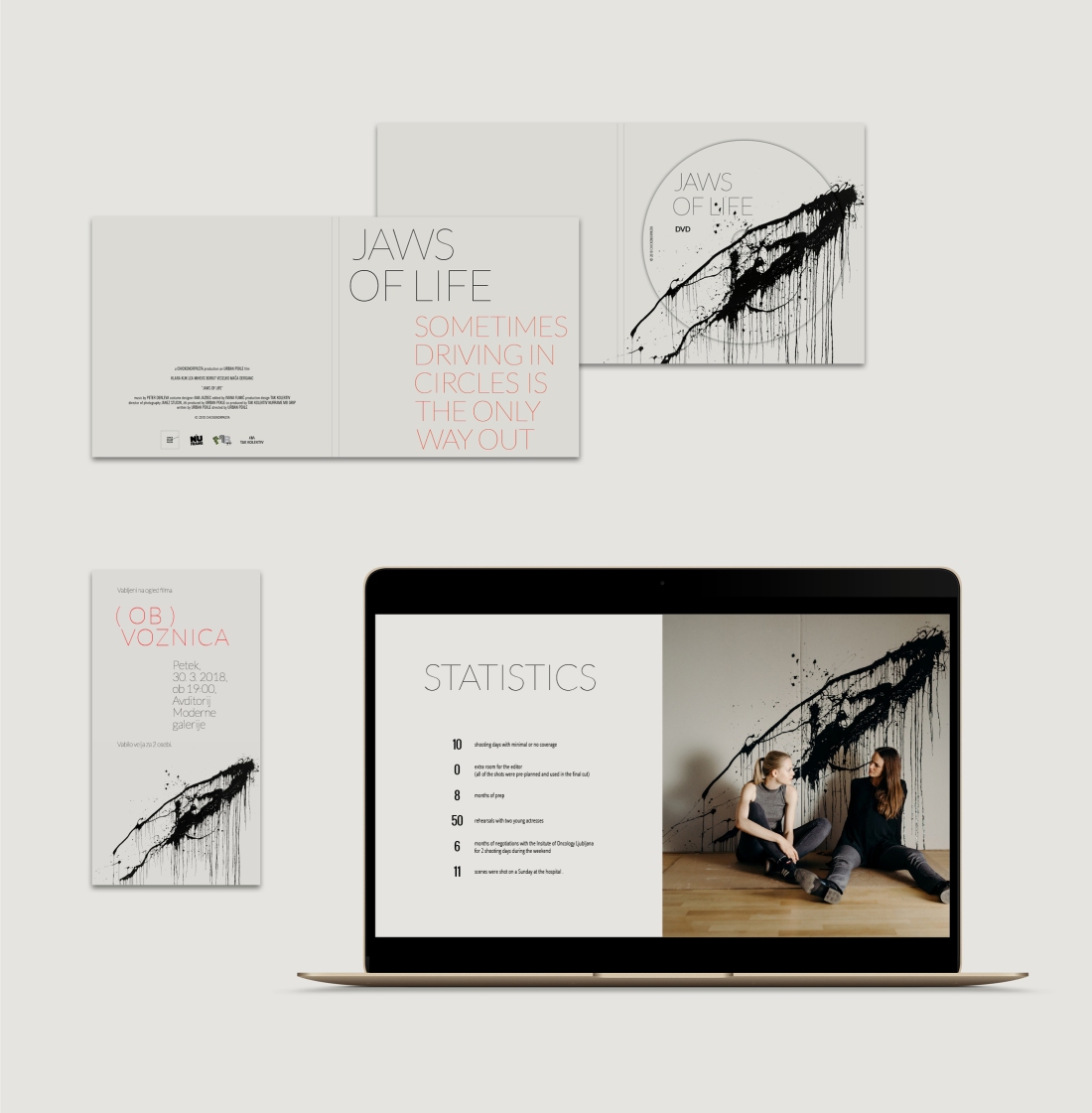